As I write this on March 27, 2020, the world is in the midst of a pandemic. The novel virus Covid-19 has to date, affected 584,110 people worldwide and caused 26,862 deaths. In my state of Kentucky, we are being asked to stay #HealthyatHome and restrict our socializing to on-line.

Seems like a GREAT time for some QUARANTINE reads. One can either go all in and read about other quarantines, or possibly escape the world altogether. I have a few suggestions for both types of reads.

A Gentleman In Moscow. This treasure is number one on my list of quarantine reads. Count Rostov, the protagonist of Amor Towles’ fantastic novel, is himself quarantined, committed to the interior of the Hotel Metropol by the Bolsheviks during the revolution. There are worlds within the Count’s world, and he finds them with the help of a precocious young lady named Nina who has somehow procured a pass key to all the rooms of the Metropol and uses it to great effect. But the Count finds not only the Metropol’s wine vault, silver room, and lost and found, he also finds love, friendship, and a life far fuller than one would imagine could be found within the confines of one hotel, however luxurious, for more than thirty years.

Love in the Time of Cholera. While the choleric anger of petty rage inflames ego-driven

wars to ravage the countryside and population of an unknown Central American nation, a doctor, his wife and the man who has loved her for decades spend their days involved in their own lives.  Sheltered from the country’s wars by wealth.  Suffused with longing.  Having an astounding amount of sex.  Love in the TIme of Cholera, published in 1985 by Pulitzer-Prize winning author Gabriel Garcia Marquez, is at times a study of frustration, devotion, persistence, ambition, betrayal, forgiveness, obsession.  It is a novel of life and yet the author warned readers of Love, “not to fall into my trap.”  He also told the New Yorker that the book is based on the love story of his own parents.

Station Eleven. One of the most haunting books I’ve ever read. This is the final line of the first chapter: “Of all of them there at the bar that night, the bartender was the one who survived the longest. He died three weeks later on the road out of the city.” Emily St. John Mandel’s apocalyptic vision of a post-worldwide flu epidemic did not let it go for the two days it took me to finish reading the novel, despite the near hopelessness of the narrative in Station Eleven. All I’ll say more is: that plane.

his mother, Ma.  He has games and toys; a television that he believes is a direct connection depicting reality on another planet; a wardrobe where he sleeps when “Old Nick” comes to make fearsome noises with Jake’s mother. When Jake and Ma are rescued due to Ma’s ingenuity in faking Jake’s death, Jake leaves the only world he has ever known and Ma return to the world she left more than seven years ago.  The departure is violent, disturbing, upheaval in lives previously confined to four walls and eleven by eleven foot space.

Year of Wonders. It is 1666 and a bolt of cloth infested with the black plague is shipped from London to a small Derbyshire village. Geraldine Brooks’ best-selling novel from 2002 follows a housemaid named Anna Frith who becomes a healer and a hero. Inspired by the true story of Eyam, a village in the rugged hill country of England, Year of Wonders is a best-selling novel by the highly-acclaimed, 2006 Pulitzer-prize winning novelist and a richly detailed evocation of a singular moment in history.

companionship as the aviator at its center lands in the middle of a desert and must survive alone for a time. But I think of the novella as a contemplation of friendship between a fox, a prince, and other lonely souls who gather. It may be considered a children’s book but it is a profound work written by Antoine de Saint-Exupéry after his experiences as a pilot in World War II. 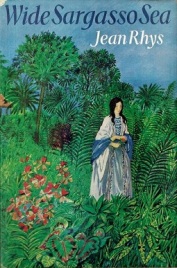 Wide Sargasso Sea. The lives of one of literature’s most famous shut-in is reimagined in Wide Sargasso Sea. Jean Rhys’ magnificent, sensual, masterpiece Wide Sargasso Sea, Mr. Rochester of Jane Eyre is no romantic hero.  Rhys contemplates how Mr. Rochester may have obtained the wife who so infamously dashes the chaste Jane’s dreams of marriage by her nightmarish presence in the Rochester attic, placing him in Spanish Town, Jamaica to receive a bride and 30,000 pounds in dowry with no provision made for his bride:  Antoinette, the beautiful, mulatto daughter of a deceased mad woman.

Eleanor Oliphant is Completely Fine. My penultimate suggestion is a laugh-out loud novel of a

committed introvert. Since she moved into her solo apartment nearly a decade ago, Eleanor has had few guests. A total of two in fact. The meter reader and a social worker who checks on her about once a month. That is fine with Eleanor as well . . . until the night she encounters rock star-wannabe Johnnie Lomond who immediately impresses her as the type of man her mother would find acceptable because he buttons the lower button of his vest while performing in a local music venue. Eleanor Oliphant Is Completely Fine is a debut novel by a post-40 year old author. Gail Honeyman worked in the British Civil Service and as a university administrator writing her debut novel during lunch and after work. She entered Eleanor in a fiction competition, didn’t win, but an agent signed her and the novel became the subject of a bidding war,  was named 2017 Book of the Year at the British Book Awards, and the film rights have been optioned by Reese Witherspoon.  Talk about a Cinderella story. 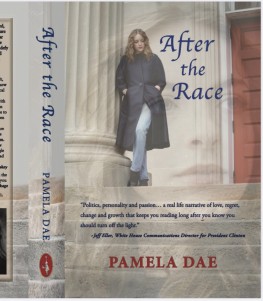 Finally: this novel has nothing to do at all with isolation! My debut novel, After the Race is now available. Alexandra was raised to be the next Jackie Kennedy. Just as her mother intended, Alexandra’s summer internship on Capitol Hill results in the perfect fiancé, a future job, and D.C. political savvy. But when Alex returns to college for her final year and falls in love with a handsome, blue-jeaned bike champion, she must choose between the two men and the lives they represent, and decide whether she can defy her mother’s designs to fulfill her own dreams. Ultimately, Alexandra must find within herself the power to confront the one unplanned event that could derail everything. After the Race is available from rabbithousepress.com, amazon.com and at Joseph-Beth booksellers.

Happy New Year! 2016 has come and gone, leaving trail marks, some more scorching than others. But in my own rearview mirror, I have some books that I truly enjoyed — not all of which were published in 2016 — and will relish the thoughts they left behind and the opportunity to re-read them in the future.

A special delight of this past reading year for me was the Hogarth Press Shakespeare rewrite project. I enjoyed Anne Tyler‘s Vinegar Girl, a revision of Taming of the Shrew , and Jeannette Winterson‘s take on The Winter’s Tale entitled The Gap of Time. I haven’t reviewed Vinegar Girl yet, but here’s more on The Gap of Time: https://daeandwrite.wordpress.com/2016/07/27/the-gap-of-time-jeanette-winterson/ 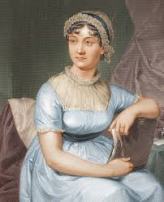 I enjoyed even more the Harper-Collins “Austen Project” series re-exploring the novels of Jane Austen, particularly Eligible! by Curtis Sittenfield, which is one of my favorite books of the year.  So far, all I have read are Emma by Alexander McCall Smith. I have not yet read Northanger Abbey by Val McDermid or Sense and Sensibility by Joanna Trollope. Here are my more in=depth reviews: https://daeandwrite.wordpress.com/2016/08/13/emma-a-modern-retelling-by-alexander-mccall-smith/, https://daeandwrite.wordpress.com/2016/07/17/eligible-by-curtis-sittenfeld/. 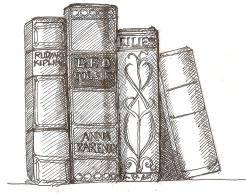 In addition to my top five list, which I’m getting to . . ., I also had some very fun book experiences this year. I traveled to New Orleans and sat in the lobby bar of the Pontchartrain Hotel jotting some notes for my own novel and hoping I was channelling the soul of Tennessee Williams, reputed to have written Streetcar Named Desire in the same location. I attended the Carnegie Center for Literacy and Learning’s Kentucky Literary Hall-of-Fame ceremony and enjoyed seeing Bobbie Ann Mason accept her position as only the second living member of the Hall of Fame. My fellow writing group members and I traveled together to New York for a Pitch Conference with our respective works and met fellow writers from across the country, New York editors and agents. I achieved publication with two short stories! The first in Nowhere Magazine, http://nowheremag.com/2016/10/clearing-out/, and the second in the second edition of AvantAppalachia, avantappalachia.com. 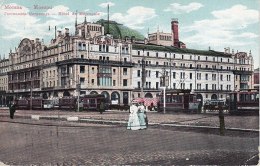 A Gentleman in Moscow by Amor Towles. Dear Mr. Towles: I love your words. Your elegant view of life. The grace and beauty with which you depict humans and the events surrounding them. I will read anything you write. (You should too.) Full review: https://daeandwrite.wordpress.com/2016/10/15/a-gentleman-in-moscow-by-amor-towles-✎✎✎✎✎/

Commonwealth by Anne Patchett. There are those writers who can haunt you with an idea. Some who can impress you with a particular sentence or a descriptive image. Anne Patchett launches all the weapons in her impressive arsenal at the reader with every book she writes and leaves the reader with her words, thoughts, ideas, and novels imprinted on their memory. Full review: https://daeandwrite.wordpress.com/2016/11/17/commonwealth-by-ann-patchett-✎✎✎✎/

Eligible! by Curtis Sittenfield. Any writer who can take Jane Austen, Mr. Darcy, Skyline Chili, the Bachelor, and a day trip through Lexington, Kentucky, and combine them into a funny, sexy, skewering romp through American pop culture should be a best-seller. And Ms. Sittenfield deservedly is. I loved Eligible! https://daeandwrite.wordpress.com/2016/07/17/eligible-by-curtis-sittenfeld/ 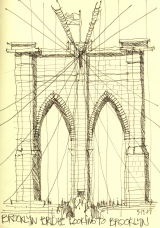 The Nest by Cynthia D’Aprix Sweeney and Modern Lovers by Emma Straub. I’m cheating a little to include two books as one, but there was something quite similar to me in these two tales of Gen X’ers aging into parenthood, amid family crisis and the havoc of the past. I liked and frequently recommended both. Full reviews for both novels: https://daeandwrite.wordpress.com/2016/06/08/modern-lovers-emma-straub/ and https://daeandwrite.wordpress.com/2016/05/04/the-nest-by-cynthia-daprix-sweeney/

Finally, I struggled over this but am going to include The Sport of Kings by Kentucky

author C.E. Morgan. I feel like I spent the most time with this doorstop of a book this year, as I reviewed it for my mother’s book club and wanted to do as well as possible in approaching the themes and history as possible. I hazarded some guesses as to the notably reticent Morgan’s literary goals, but long and short: it’s quite a masterpiece of Kentucky history and I feel it must be included here.https://daeandwrite.wordpress.com/2016/10/22/the-sport-of-kings-c-e-morgan-✎✎✎/

So, there’s my 2016 roundup. I have a few more reviews to add from the end of the year: The Mothers by Brit Bennet, The Nix by Nathan Hill, Vinegar Girl by Anne Tyler. And then it’s to my to-be-read stack for 2017: The Underground Railroad, The Guineveres, Tana French’s The Trespasser, Hillbilly Elegy. And then there’s that novel I’m supposed to be writing!

Happy Happy New Year and all the best reading — I hope I can help guide your choices.