According to the National Women’s History Museum, “Sarah Moore Grimke and Angelina Emily Grimké (shown above) were the only white people of either gender who were born in the upper-class South, but rejected that luxurious lifestyle to fight against slavery. They also were among the very first to see the close connection between abolitionism and women’s rights.”  http://www.nwhm.org.  The sisters were chased out of their home of Charleston, S.C. under threat of death and moved to Philadelphia.  From there, Angelina joined the Philadelphia Female Anti-Slavery Society and wrote letters to newspapers protesting slavery from a woman’s point of view. This attracted the attention of abolitionists, who enlisted the Grimkes in the cause because they knew the cruelties of slavery firsthand.  When the sisters began making public anti-slavery speeches, even the Quakers grew disturbed and tried to stop them.  Despite the fierce opposition, north and south, the Grimke sisters became authors, public speakers, and activists at a time when women were not allowed to vote.

Sue Monk Kidd, the author of The Secret Life of Bees, became fascinated by the Grimke sisters and made them the foundation upon which to build her novel The Invention of Wings.  She related the following to Oprah: “In 2007, I went to see Judy Chicago’s exhibition The Dinner Party at the Brooklyn Museum. There was a wall of women—a list of 999 who had made significant contributions to history, and lo and behold there were these two sisters from Charleston, the Grimkés. I was living in Charleston then, and I’d never heard of them, but after reading about them at the exhibit, I thought, “They should be as well known as Elizabeth Cady Stanton and Susan B. Anthony.”  http://www.oprah.com/spirit/Oprah-Talks-with-Sue-Monk-Kidd-About-The-Invention-of-Wings. 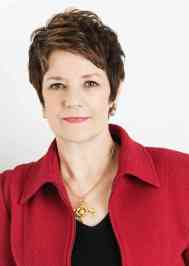 In Kidd’s novel, Sarah’s “present” for her 11th birthday is a human slave.  Hetty, a child of her own age, is given to Sarah.  Apparently this much is historical fact.  In Kidd’s novel, Sarah attempts to reject the gift, revolted at the thought of being owner of another human being and is punished by her family for her rebellion.  From that point, Kidd traces the relationship between Sarah and Hetty, during which the girls love one another and play together as Sarah teaches Hetty to read.  Eventually, Hetty comes to understand the reality of the situation and the resentment on her part grows as does Sarah’s frustration with her own inability to change things.

Hetty and her mother Charlotte work as house servants for Sarah’s family, but Charlotte’s talent as a dressmaker is so great that her services are in demand from many others in town; so much so that Charlotte has hopes of buying her own and Hetty’s freedom.  In her very rare and secret personal time, Charlotte works on a quilt to tell future generations the story of her life.  According to a review in the Atlanta Journal-Constitution, the quilts are based on those made by a Harriett Powers, born a slave in Georgia, one of which is pictured above.

Although there are elements of The Invention of Wings that reminded me of other books I’ve read recently, The Help, The Known World, Mrs. Lincoln’s Dressmaker, Kidd does have a unique and historical tale to tell and she does it elegantly.  The Invention of Wings shifts chapters between first person narrators Hetty and Sarah and though each tell of Charlotte’s life, it may be that Charlotte has the best story to tell but we don’t hear from her personally.

Kidd makes a point in interviews of noting this book is about city slaves/urban slaves.  The urban slavery is as treacherous and dangerous despite its location, which is vastly different from the Tara and Twelve Oaks settings often associated with slavery.  Most of The Invention of Wings occurs in Charleston, where “the slaves dominated the streets, doing their owners’ bidding, shopping the market, delivering messages and invitations for teas and dinner parties. Some were hired out and trekked back and forth to work… You could see them gathered at street corners, wharves and grog shops.”

I can recommend The Invention of Wings as a choice for book clubs without hesitation.  The prose is well-done, the issues are interesting for discussion and it’s Charleston, S.C., so there’s good food to be had. 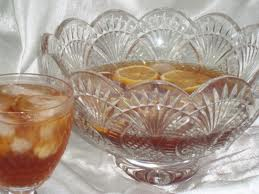 According to Kidd, breakfast was the largest meal of the day and she describes a breakfast with sausage, grit cakes, salted shrimp, brown bread and tapioca jelly.  I searched through my grandmother’s recipes and found one titled “Aunt Jessie’s Sausage.”  This would be my great-great aunt and I imagine my grandmother recorded this recipe somewhere around 1930.  I’ve copied it exactly, so from there, I’m not sure what you do.

Seining for small sweet creek shrimp is a favorite Lowcountry pastime, and happily results in this meal from Ben Moise’s The South Carolina Wildlife Cookbook (South Carolina Wild Life, 1981). Serve it with crisp bacon and a pot of steaming coffee.

Hetty’s Christmas plans include sorghum and corn fritters and nothing beats a little sorghum and butter on a corn or grit cake.

I’ve mentioned before the wonderful recordings of the American Spiritual Ensemble and that would be a fine background for your book club.  I also found a recording of American Abolitionist music on amazon called Songs of the Abolitionists.

OK:  Now, let’s just be candid and say that the visual representations of the Grimke sisters do not show particularly, shall we say, movie star looks.  So ignoring their actual appearance, I certainly can see Helen Hunt and Toni Collette bringing the necessary chops and gravitas to the roles.  As for Hetty and Charlotte, Lupita Nyong’o will be offered everything from here to next Thursday, but she would be fabulous as Hetty.  And of course the same goes for Viola Davis.  But wouldn’t it be great to see them play mother and daughter?