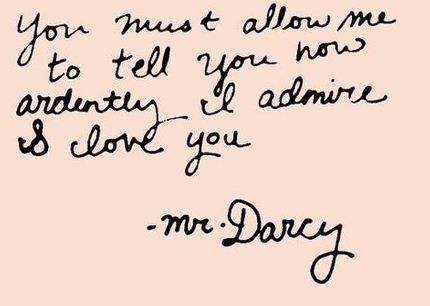 As it is the week of our national day of thanks, I determined that a review of tomes for which I am most thankful would be a most felicitous duty. Under such joyful conditions, I find my mind, nay my mind and heart, turn with instinctive abandon to the powerful, un-Zombiefied (oh, what horrors! I shudder, gentle reader, I shudder) words of our dear Miss Austen in Pride and Prejudice.

In other words, I cannot believe I haven’t previously written about Pride and Prejudice as it is one of my favorite books. 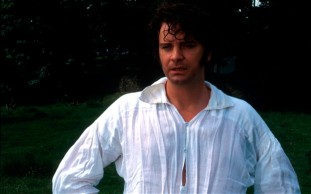 How can it not be? Isn’t it a touchstone for generations, centuries even? The plucky, courageous Elizabeth Bennet? The darkly brooding, irresistible-in-love Fitzwilliam Darcy? That Pemberly Estate!?! Reams have been written about Pride and Prejudice, over it, under it, around it. Nearly a dozen feature films adaptations, although the one that counts is the one with Colin Firth (IMHO). And countless, literally countless, knock-offs and/or tributes in print and in film.

It is a truth universally acknowledged, that a single man in possession of a good fortune must in want of a wife.

Perhaps that opening line, one of the best in literature, captures the reader immediately with its’ humor, and perhaps, ironic truth.

Maybe it’s the scene where Darcy and Elizabeth meet that captures our hearts.

Elizabeth Bennet had been obliged, by the scarcity of gentlemen, to sit down for two dances; and during part of that time, Mr. Darcy had been standing near enough for her to overhear a conversation between him and Mr. Bingley, who came from the dance for a few minutes, to press his friend to join it.

‘Come, Darcy,’ said he, ‘I must have you dance. I hate to see you standing about by yourself in this stupid manner. You had much better dance.’

‘I certainly shall not. You know how I detest it, unless I am particularly acquainted with my partner. At such an assembly as this, it would be insupportable. Your sisters are engaged, and there is not another woman in the room, whom it would not be a punishment to me to stand up with.’

. . .’There is one of her sisters sitting down just behind you, who is very pretty, and I daresay very agreeable.’ . . .

‘Which do you mean?’ and turning round, he looked for a moment at Elizabeth, till catching her eye, he withdrew his own and coldly said, ‘She is tolerable, but not handsome enough to tempt me; and I am in no humor at present to give consequence to young ladies who are slighted by other men. . . .

Ah, ha ha! That charmer! Perhaps it is that ultimately, Mr. Darcy must
admit and recant his own pride, allowing Elizabeth the ultimate comeuppance.

Pride and Prejudice has been the subject of our book club at least once and is due for a re-reading. If you haven’t yet had the pleasure, add it to your 2016 selections. And if you’ve already read it, everyone needs to re-read a great book once in a while.

The dinner was exceedingly handsome, and there were all the servants, and all the articles of plate which Mr. Collins had promised; and, as he had likewise foretold, he took his seat at the bottom of the table, by her ladyship’s desire, and looked as if he felt that life could furnish nothing greater. – He carved, and ate, and praised with delighted alacrity; and every dish was commended, first by him, and then by Sir William, who was not enough recovered to echo whatever his son-in-law said, and in a matter which Elizabeth wondered Lady Catherine could hear.

But never fear Gentle Reader! The popularity of Jane Austen comes to our assistance with multiple website devoted to the times of Miss Austen, the food, the clothing, the dances, the music. Here are links, with recipes:

The easiest way to go would be the soundtrack of Pride and Prejudice, any of the film versions. Or perhaps all of them.

My ultimate Mr. Darcy is Colin Firth. <sigh> But if we are recasting: Benedict Cumberbatch.

Elizabeth Bennet: I think Emma Watson would be a good casting now. 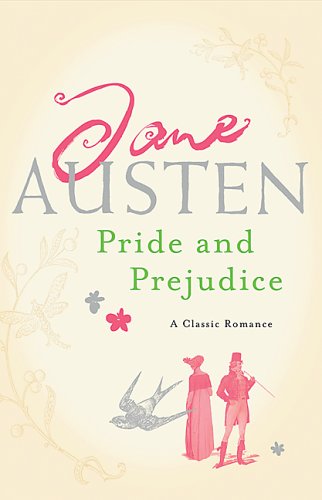 That’s all I’ve got! Thanks for reading! Check back tomorrow for another book for which I’m thankful!

Ursula Todd, born first on a snowy night in the English countryside, is finding herself the victim of a fairly serious case of déjà vu.  So alarming in fact that Ursula’s parents take her to the office of psychiatrist when she is ten years old where the good doctor first suggests that Ursula may be remembering other lives.  In Life After Life, the first of Atkinson’s two companion novels centered around the Todds of Fox Corner, that is precisely what is happening.

Life After Life revolves around those of Ursula.  By my reading, Ursula seemed to live longer each life and always died in a different way.  At first, instinctively avoiding the pitfalls that had brought about her untimely demise and in her later lives with a seeming knowledge that she had actually been there before and knew that the maid should not be allowed back in the house after visiting London where the flu epidemic was raging or how to avoid the horrid American schoolboy intent on destruction.

The reader remembers what had happened the last life, and though shades of familiarity remain, incidents chance, outcomes reverse, even individuals appear with altered aspects and personalities.  It may sound confusing.  It is not.  It is enthralling.  It’s one of those books you rush through to see what happens next and then slow down at the end to savor, hoping to postpone finishing it for another day.

n herself says: “People always ask you what a book is ‘about’ and I generally make something up as I have no idea what a book is about (it’s ‘about’ itself) but if pressed I think I would say Life After Life is about being English (on reflection perhaps that’s what all my books are about). Not just the reality of being English but also what we are in our own imaginations.”  http://www.kateatkinson.co.uk/dnld/resources/LifeAfterLifeNotes_848fc161a7df.pdf

In addition to Ursula, there is an older Todd sister, the pragmatic Pamela, and three boys, only one of which holds much interest:  Teddy.  Teddy is the charming young boy who becomes the subject of Aunt Izzy’s series of books in Life After Life.  And ultimately, the primary subject of A God In Ruins.

Teddy becomes a bomber pilot, adopts a dog named Lucky who appears throughout Life After Life, and at the end of that book, goes out on a raid and is presumed dead.  A God In Ruins is Teddy’s more-traditionally-told tale.  Less than two short years after the publication of her monumental Life After Life, Atkinson published A God in Ruins.  Aside from the breathtaking feats of narrative derring-do she pulls off in both novels, simply consider the fact that the first is 544 pages and the second 480.

In A God in Ruins, Teddy is one of the 10% of RAF bombers who come home from the war.  He marries his childhood 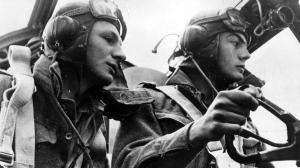 companion Nancy Shawcross from just down the road and the two have one child, who despite the parents love for one another, is just about the most horrible character I remember reading:  Viola.  Mean, vain, narcissistic, closed-minded, sharp-tongued, vengeful.  Viola is a horrible daughter to Teddy and a more horrible mother to her children Sun (Sunny) and Moon (Bertie), born out of wedlock and in a commune.

Atkinson’s well-researched and breathtaking descriptions of the bombing runs, frankly had me at times skipping pages.  It’s gruesomely accurate.

A God in Ruins is a “sprawling, unapologetically ambitious saga that tells the story of postwar Britain through the microcosm of a single family, and you remember what a big, old-school novel can do. Atkinson’s book covers almost a century, tracks four generations, and is almost inexhaustibly rich in scenes and characters and incidents. It deploys the whole realist bag of tricks, and none of it feels fake or embarrassing. In fact, it’s a masterly and frequently exhilarating performance by a novelist who seems utterly undaunted by the imposing challenges she’s set for herself.”  http://www.nytimes.com/2015/05/10/books/review/kate-atkinsons-a-god-in-ruins.html

In tandem, the books would be a likely even more powerful read, with one reinforcing the other, a sly reminder here, a nod there.  Perhaps my project for Summer 2016.

Taken together, “Life After Life” and “A God in Ruins” present the starkest possible contrast. In the first book, there’s youth and a multitude of possible futures. In the second, there’s only age and decay, and a single immutable past. This applies not only to the characters, but to England itself, which is portrayed over and over as a drab and diminished place. The culprit is obvious — it’s the war itself, “the great fall from grace.”  http://www.nytimes.com/2015/05/10/books/review/kate-atkinsons-a-god-in-ruins.html

It would be conventional, I suppose, to come up with some Victory Garden food, or even some community husk/commune granola.  However, I think my menu will be left-overs.  Particularly for Life After Life.  Or not so much left-overs as the reappearances of food a la Ursula.

Bubble and Squeak — because it’s both English and leftover!

I also make a deconstructed bubble & squeak for my Boxing Day parties where I buy those tiny little smokies sausages and brown them in the oven until they are good and nearly crunchy.  And I bake tiny new potatoes until they are tender, then skewer one sausage and one potato each on a toothpick.  I’ve had native Brits tell me it’s their favorite Boxing Day treat ever.

We’ll Meet Again, a compilation album by Britain’s chief war songstress Vera Lynn, contains all of the classics including, We’ll Meet Again, The White Cliffs of Dover, Traveling Home, Dream, Harbour Lights, As Time Goes By.  But it doesn’t include her famous song, There’ll Always be an England and you might want to include that.

Drawing by Theodoros Pelecanos, in a 1478 copy[1] of a lost alchemical tract by Synesius.