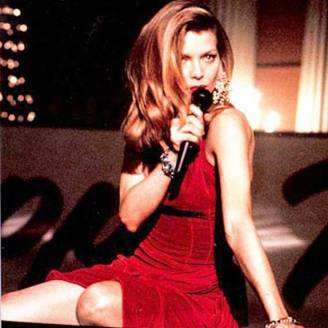 Much to his chagrin and surprise, the rule applies even to golden boy, Jim Burgess.  “A football player and president of his class, and really nice looking with his dark hair, but he was serious too.”  Jim has grown up to be first a prosecutor, then a nationally-known criminal defense lawyer, tapped even for OJ Simpson’s dream team.  He marries a lovely girl, Helen, they have two lovely children and they live in a lovely apartment in New York City, light years away from the small Maine burg in which the Burgess boys grew up.  But from the night Jim’s sister’s son, Zach, throws a pig’s head through the front door of a Shirley Falls, Maine, mosque during Ramadan, Jim seems to see that times, they are a’changing. 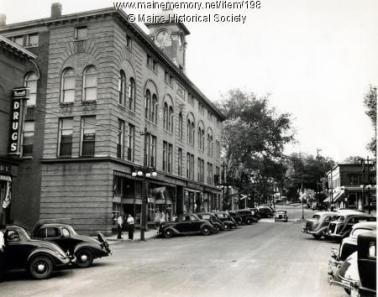 In The Burgess Boys, Pulitzer-prize winner Elizabeth Strout’s follow-up to Olive Kitteridge, the relationships between Jim and his younger siblings, Bob and Susan, the twins, takes center stage.  The novel explores the often dark effect of our siblings’ impressions upon our own adult self-esteem.  Ever since the Burgess’ father died in a tragic accident, all three of the kids , the whole town, have blamed Bob.  “Bobby Burgess ‘was the one who killed his father’ or ‘had to see a doctor for mentals.’ . . .A few times BoT.  bby babysat, and he would take turns carrying us on his back.  You could tell you were clinging to someone kind and good.”

Jim sees Bob’s kindness as a weakness to be exploited, generally addressing Bob as “knucklehead,” “slob-dog,” and “mental case.”  Susan hates him.  In turn, Bob and Susan adore Jim.  But despite his family position, it is Bob who is sent to first deal with the mess Zach has gotten himself into.

As the situation unravels and the mystery of Zach’s action unfolds, other secrets come to light.  One of which puts a serious dent in Jim’s suit of armor.

He becomes a victim of his own lust, much like so many other politicians and public figures of our day.  Jim reminds me of no one so much as Eilot Spitzer, the New York Governor deposed from office by a prostitution scandal.  Golden boy, accomplished lad, everyone’s favorite guy.

I found Susan completely unlikeable.  Bob, adorable and sweet and worthy of rooting for.  Jim probably gets what he deserves, but the book leaves us without any real answer other than the one set out in the prologue, when an unnamed narrator encounters Jim’s wife at some point after the events involving Zach are over.

I’d had some wine — I suppose that’s why I stopped — and I said to her that I’d come from the same town Jim had grown up in.  Something happened to Helen’s face that stayed with me.  A look of quick fear seemed to pass over it.  She asked my name and I told her, and she said Jim had never mentioned me.  No, I was younger, I said.  And then she arranged her cloth napkin with a little shake, and said, “I haven’t been up there in years.  Nice to meet you both.  Bye-bye.”

You don’t know them.  The narrator’s mother advises her.  “Nobody ever knows anyone.”

The Burgess Boys’ mother was described as the kind of woman who made hamburger helper covered with a sheet of orange cheese or roasted a chicken without any spices, even salt. But they loved baked goods.  My menu would improve upon the Burgess mom’s menu and include a gift from my own grandmother’s recipe box.  Whoopie Pies are also from Maine if you’d like to try to make those.  And lobster.

And include the Fabulous Baker Boys for fun!

Now this is a movie I can cast.

Bob:  Once again, another reason to mourn Philip Seymour Hoffman.  He would have been spot-on perfect.  In his absence, let me suggest Jon Favreau or Oliver Platt.

AND FINALLY:  Are you dying to see the video of Michelle Pfeiffer singing Makin’ Whoopee?  http://vimeo.com/47799871