Books recommended by people who love books always seem to be among my favorite reads. Especially when the person who recommends is also a writer whose work I enjoy and appreciate. That happened with Idaho, Iowa Writers Workshop grad Emily Ruskovich’s debut novel.

Sarah Combs, author of Breakfast Served Anytime [https://daeandwrite.wordpress.com/2014/06/11/with-a-side-of-warm-southern-wit-please-breakfast-served-anytime-by-sarah-combs/]  and The Light Fantastic, raved about Idaho during a writing workshop. So I picked it up on audible.

Audible is great. It allows me to “read” novels while traveling between home and work and on those long distance rides to various cases across the state. But sometimes, and I suspect this is one of them, I don’t experience the fullness of the language as I would have in the written version.

Idaho begins in 2004. Ann and Wade live on a mountain in Idaho. They are alone and self-sufficient. Ann, a former music teacher, has her piano and Wade his work, crafting hand-hewn handles for knives. Ann worries about Wade’s hereditary and increasingly-apparent early-Alzheimers (he is only mid-50s). And she worries about the tragedy. 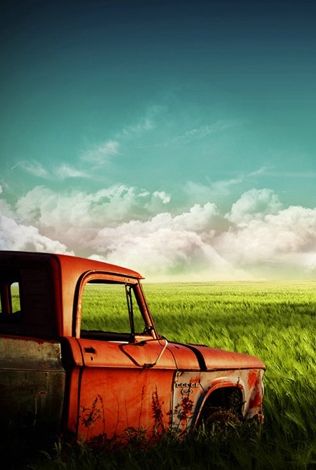 Nine years ago, when Wade was still married to Jenny and both of his daughters were still alive, a mouse had crawled along the top of the truck’s exhaust pipe into the engine compartment and built its nest on the manifold. She thinks of how strange it is that Wade probably remembers that mouse, remembers the sound of it skittering under the hood, and yet he’s forgotten his first wife’s name. Or so it seems sometimes. But the mouse — the mouse is very much alive in his memory.

A few years after Ann and Wade married, Ann found a pair of deerskin gloves in a toolbox high on a shelf in a closet. They were much nicer than the work gloves Wade usually wore, and seemed to be brand new except for the odor of something burned. That was how she learned about the mouse in the first place. She asked why he kept the gloves in the closet instead of using them. Wade told her that he wanted to preserve the smell.

What smell is that?

The smell of a rodent’s nest that caught fire.

The last smell in his daughter’s hair.

According to her website, Ruskovich grew up on Hoodoo Mountain in the Idaho Panhandle. I think anyone who grows up on a mountain named Hoodoo would have to have a great imagination. She knows the territory of which she writes. The isolating, bitter winters of unremitting snow, the miraculous spring of flowers, flies, and sunshine.

With Idaho, she writes a story of one day and many decades. Her perspective moves from Ann to Jenny to Wade, to May and June — Jenny and Wade’s daughters, to Elliott — one of Ann’s students. We learn early on that Jenny, during a family outing to cut and clear timber, has killed her six-year old daughter May, striking her with an axe. June, then 11, runs away terrified and cannot be found. From this crucible, the novel moves forward with Jenny into prison, with Wade into dementia, with Ann who serves as surrogate for what the reader wants to know — why would Jenny do such a thing to her own child.

But, as multiple reviews have noted, that’s not what Idaho is about. From the San Francisco Chronicle: 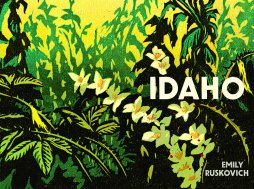 Ostensibly it’s a novel about a tragedy — young mother Jenny inexplicably kills her daughter May with a hatchet, while older daughter June vanishes into the woods. Refusing to explain her actions, Jenny is charged with murder and sent to prison. Wade, her grief-stricken husband, is punishingly alone, struggling until he eventually marries Ann, the local piano teacher.

You might think that the primary focus of the book is going to be a business-as-usual exploration of why Jenny killed May, or where June is and how they find her. But this novel is much more interested in a deeper, more haunting meditation on love, loss, forgiveness, time and memory.

Ruskovich’s website includes some thoughtful questions should your book club choose to read Idaho. I’ll add this one, from Sarah and me: what do you think Ruskovich intended with the two short passages, opposing but parallel, where Wade and Jenny encounter help from a childless older couple and where Ann seeks help from a family but doesn’t receive it?

Another disadvantage of audible, I don’t have the opportunity to book mark passages with food. I do recall Wade, Jenny, May and June were drinking lemonade on the day of May’s death. Ann visited a farm specializing in ostrich products. Limited menu available from my memories, but I would serve:

Definitely something potato. I checked out the Idaho Potato Commission website and these Herb-Roasted Oven Fries look good: https://idahopotato.com/recipes/herb-roasted-idaho-potato-fries

Sautéed Ostrich Fillets with Green Peppercorn
Pre-heat pan to HOT. Add 2 TBS. of olive oil and a generous sprinkling of green peppercorns. Sear one side of the fillet for 2 minutes, turn fillet and cover the pan and turn off the heat and let rest for 4 minutes.

Ann is a piano teacher, in fact, she meets Wade when he comes to her for lessons. Music is at the crux of this novel, but it is not music that I can find reference to. As a substitute, I would find some folk songs on piano.